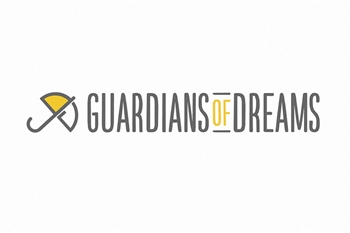 Guardians of Dreams is a social sector organization working to provide quality outcomes to children living in orphanages and shelter homes in India. They envision every child receiving care, resources and support to achieve positive adult outcomes. As an organization, they aim to design, implement and maintain effective, scalable child care systems. They help shelter homes get funds, hope to set up a research institution for child care, renovate shelter homes to ensure adequate space and hygiene, provide identification documents to children and provide scholarships. Written by Thrishika Kanthraj
*In order to protect the identity and privacy of the persons involved, all names have been changed.
India has the world’s largest youth population — nearly 28 percent of Indians fall within the age group of 10–24.
If we are serious about ending poverty then providing affordable credit to the working demographic must be paired with affordable education for youths from low-income communities so that they can have improved future outcomes.
We are grateful that our community of 11,000+ lenders have contributed to the education loans of school children in Manipur, Karnataka, Madhya Pradesh alongside undergraduate students in rural Madhya Pradesh.
In July 2016, we began work on another front—supporting the educational aspirations of children from shelter homes in Bangalore.
Many of these children hail from broken homes and some of them have known no other family other than their caretakers and fellow children.
Our impact partner Guardians of Dreams made a Rs 16 lakh loan request so that they could provide scholastic awards to children who did well despite their difficult upbringing.
We met some of the children who won these scholarships recently. At a home for students in Sheshadripuram (established in 1932, the foundation stone was laid by Mahatma Gandhi), we met Ashok who grew up at the home since he was ten under the nurture and care of the headmaster, an alumni of the shelter. Currently a class eleven student, Ashok studies commerce and is also interested in computer science.
‘’Computer science is my favourite subject and I am keen on pursuing a career in this field,’’ he told us. His score of 72 percent in class ten made him eligible for a scholastic award and the money has been put to use towards his tuition fee.
At the same home, we also met Vinay who is pursuing a degree in commerce. His father is a construction labourer who could not pay Vinay’s college fees. The scholastic award from Guardians of Dreams helped him meet a part of his college expenses.
One of the key challenges that these children face is to adapt to a medium of instruction in English after having completed primary and high school in Kannada. When Vinay spoke of the Mahabharatha, Shakespeare and Sherlock Holmes as some of his favourite reads, it was evident that he had worked hard to overcome this challenge. One in eleven children in the 15-17 age range have to work. They give up on their studies. Would you like to learn about an organisation that you supported that is changing the story?