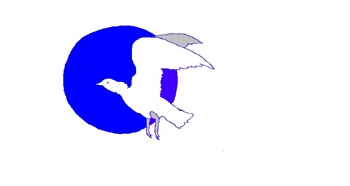 Swabalambi is a pioneering CBO practicing Community Based Rehabilitation (CBR) for mainstreaming and inclusion of all Persons with Disabilities in the rural areas of Assam. For holistic development of Persons with Disabilities Swabalambi works in the CBR matrix of Health, Education, Livelihood, Social and Empowerment for total participation and enjoyment of Human Rights with all the members of the community.
It operates in 160 villages located in 02 blocks of Kamrup District (Metro) and Kamrup District (Rural) with the vision of building a society where people with disability enjoy equal Human Rights, and become decision makers, and contributors to community welfare. Written by Thrishika Kanthraj
Contentment seems to elude the best of us on a daily basis despite our perfectly able limbs, education and overall sense of well-being. However, Gitanjali Bangthai, a young girl from Teteliguri village in Assam appears to have found it in her weaves, despite having a locomotor disability, a poor support system and the responsibility to single-handedly tend to an ailing parent.
A 26-year-old, she lost her father a while ago which forced her to give up her school and find a means to take care of her ailing mother both economically as well personally. Her physical disability significantly cut down her options to earn a livelihood. This is when she decided to undertake weaving which would not require her to step out of her home on a daily basis and would also allow her to take care of her mother.
She then associated with Swabalambi, a Rang De Impact partner that works towards the mainstreaming and inclusion of persons with disabilities in rural Assam. A Rang De loan of Rs 40,000 enabled Gitanjali to expand her business. She now manages to earn a net profit of Rs 500-600 per month on which she sustains day-to-day living. While she is presently unable to create a large amount of savings, she hopes that with time, her efforts as well as her income will gradually witness a rise.
As Assam is a region prone to heavy rains and consequent flooding, weaving without interruption on looms outdoors is often not possible. Gitanjali thus took the support of Swabalambi to learn tailoring. She now has a sewing machine which she uses (in spite of the disability in her legs!) to stitch garments for the women in the neighbourhood and thus earn additional income. Written by Kavya Rao
The Brahmaputra flows across almost 700 kilometers in the state of Assam and extreme flooding during heavy rains is a common phenomenon in the state. Floods tamper with regular life putting a halt to many livelihood generating activities. For people with disabilities, life is even tougher in rural Assam.
Swabalambi, our field partner located near Guwahati works for the inclusion of people with disability in the society. In a recent field trip to Assam, Impact Manager Lalhriat Chiani met with Manmohan Das, a disabled goldsmith from Malibari village.
A father to two daughters, Manmohan lives with his wife and father. His ageing father was once a farmer but is now weak and cannot walk. He is physically unable to carry on farming. His wife is a housewife and stays at home to look after their little children and Manmohan’s father.
The entire family is dependent on Manmohan, the sole earning member of their family. Though disabled, he handles his business independently and does not let obstacles stop him on his path to success.
During the state disability awards, Manmohan received an award among goldsmiths, proving his mettle and passion for his work. This earned him recognition and he now receives orders not only from his village but from neighbouring villages as well.